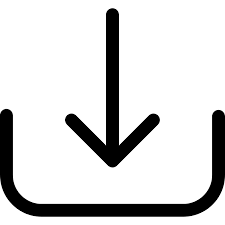 A link to the PDF version of this article can be found at the bottom of the page.

Crash Investigation and Root Cause Analysis

Road traffic crashes have many causes. What may appear to be bad luck (being in the wrong place at the wrong time) can, on analysis, be seen as a chain of failures and errors that lead almost inevitably to the road crash. This is often known as the Domino effect.

These causes can be classified at 3 levels

A root cause analysis allows an organisation to discover the underlying or systemic, rather than the generalized or immediate, causes of an incident. Correcting only an immediate cause may eliminate a symptom of a problem, but not the problem itself.

A template of a 'Crash and incident analysis' form can be found at this link.

The importance of What, How and Why

Consider the following situation: A vehicle rolls over and ends up in a ditch. As a result, two staff members are injured. A traditional investigation might conclude that the vehicle ended up in the ditch because the driver was speeding. The manager of the driver might issue a warning against the driver to not speed again and that is it.

It is important to consider all possible “what,” “why,” and “how” questions to discover the root cause(s) of an incident. In this case, a root cause analysis may have revealed that the root cause of the speeding was a failure to have an effective time management program that would prevent late departure.

To prevent crashes from happening in future, organisations need to put measures and controls in place at the underlying and root causes. If, in the above simple example, no measures are taken to improve time management, the staff member will continue to work under stress and speeding is likely to continue.

Methods to identify causes of crashes

We cannot stress it enough: no crash happens for a single reason only. There are often multiple gaps in the organisations’ safety approach that lead to crashes or near-misses. In order to get insight in the causes for crashes the following methods are advised:

A management process to continuously learn from crashes.

Crash investigation and root cause analysis should not be a ‘blame finding exercise’ but instead should be used to learn and prevent future crashes from happening. By applying a management process organisations can, step-by-step, work towards a safer workplace.

A simple technique to understand root causes of near misses

A near miss is an incident in which no property was damaged and no personal injury was sustained, but where, given a slight shift in time or position, damage or injury easily could have occurred. We also refer to them as ‘close calls’, ‘narrow escapes’ or ‘nasty moments’.

Near miss incidents often precede loss producing events but are largely ignored because nothing (no injury, damage or loss) happened. Staff members are not enlightened to report these close calls as there has been no disruption or loss in the form of injuries or property damage. Thus, many opportunities to prevent the crash that the organisation has not yet had are lost. Recognizing and reporting near miss incidents can make a major difference to the safety of staff within organisations and should be encouraged. Once a reporting system is in place, the near-misses can then be analysed using the ‘5 Why’ technique.

The problem:
A vehicle almost rolls over but the driver gains back control and nothing happens.

1: The driver was speeding

2: The mission departed too late

3: Programme staff were not ready at the departure time

4: Programme staff does not respect the agreed departure time

5: The organisation does not correct mismanagement of time

In theory it takes five “whys” to get to the root causes, but in practice there will be cases where you may use more or fewer than five “whys”. Keep in mind that also with this technique you can find multiple root causes.

Benefits of using the ‘5 Why method’

For more information on Crash Analysis and Root Cause Investigation, contact us.

It helps in analyzing the occurrence and what, why, how to answer those questions in case any incident happened.

It helps in analyzing the occurrence and what, why, how to answer those questions in case any incident happened.

Thank you for your comment! We are happy to hear it!

Thank you for your comment! We are happy to hear it!

Replies have been locked on this page!